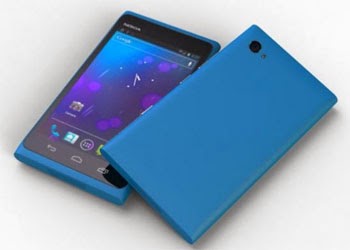 Nokia will show its first Android phone Normandy at Mobile World Congress, according to The Wall Street Journal. It will be the part of the low-end and will feature a modified version of Android. The rumored Nokia phone based on Android will be released at the Mobile World Congress in Barcelona, according to sources consulted by The Wall Street Journal.

It discloses more and said that Nokia's decision to market an Android based device is purely due to technical reasons such as the Microsoft operating system is not yet adapted to the low-end terminals. Thus, we can expect this Smartphone code named as Normandy comes with a very ambitious spec sheet, as pointed out.

Chinese Weibo website revealed the screen shots of the 4 inch Smartphone with a 5 megapixel camera, with a Qualcomm processor that can support two Sim cards. According to The Wall Street Journal, it will have the services provided by Nokia and Microsoft, as the application of streaming music and navigation MixRadio etc, as well as Nokia's application store.

The information published by The Wall Street Journal gives greater credibility to the voices that say the Finnish firm goes ahead with the development of a terminal with Android. A project in which the company has been working since before Microsoft acquired the devices and services division of the company for more than 5,400 million Euros last September.

It looks like you're new here. If you want to get involved, click one of these buttons!